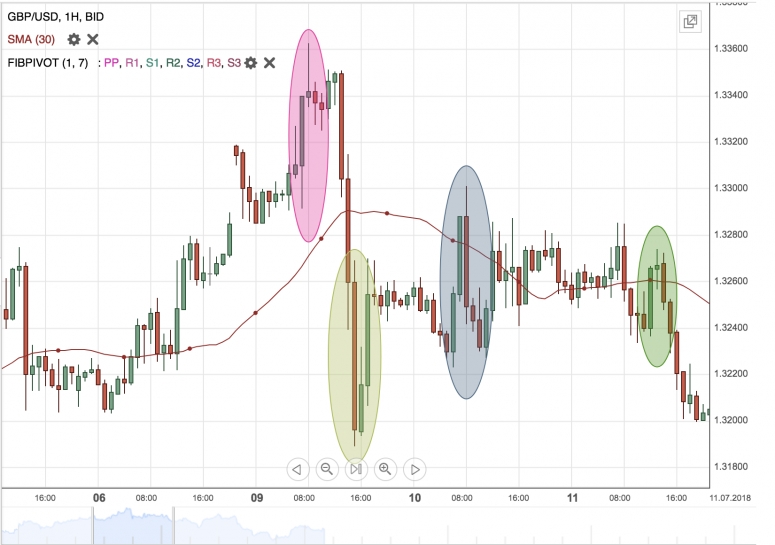 The British pound has dropped a bit during the week, but still remains well above the 1.30 level, as we continue to hover in a consolidated phase. The question now is whether or not this is an accumulation phase, or perhaps simply the market just giving up for a while. I think that we will eventually see buyers come back into this marketplace, but I also recognize that this could go on for quite some time. Because of this, longer-term traders may be looking to pick up a bit of value here in the British pound, but I also believe that they are a bit skittish about buying too much. If you are a longer-term trader, and you have an upward bias like I do longer-term, then perhaps you should be building a position slowly, with little bits and pieces along the way to eventually take advantage of what hopefully will be a celebratory move later this year once we get the Brexit details figured out.

The alternate scenario of course is that we break down even further, perhaps in some type of meltdown in the Brexit talks, and I think if we break down below the 1.29 level he could open the door to the 1.2750 level and then eventually the 1.25 handle after that. Currently though, it certainly looks as if there are plenty of believers right around the 1.30 mark.