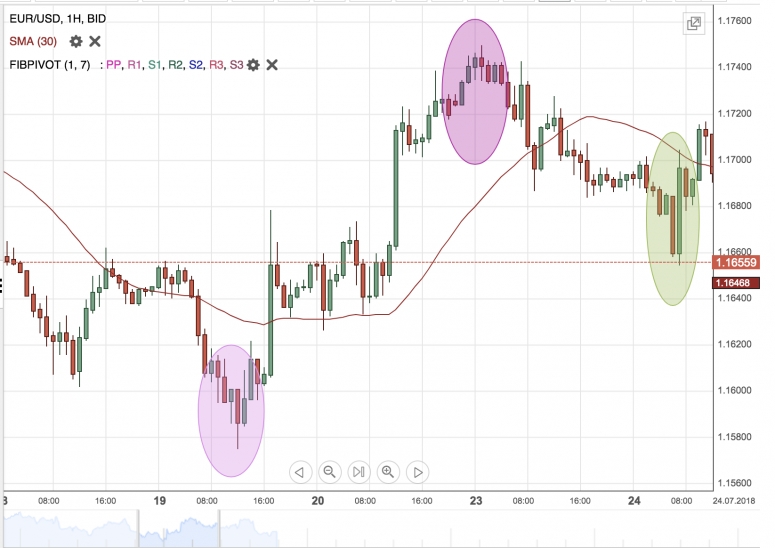 As we enter the traditionally slow month of August, I cannot help but notice that the EUR/USD pair looks to be very stagnant. This is probably because we are awaiting the results of the Brexit, which although much of the focus is on the United Kingdom, the reality is that the European Union has a lot of skin in the game as well. While the headlines may suggest that the United Kingdom will be the one hurt, the reality is that both of these economies will suffer if things go poorly.

Beyond that, there’s a lot of political drama in the European Union these days, and I think that will continue to push this pair around. Overall, I think that the market is still looking at the 1.15 level as a level of significant demand though, as it was so resistive in the past. That essentially was a major “price flip”, which typically helps out technical traders. I anticipate that the next several weeks will continue to be sideways, but maybe with an upward bias. If we were to break down below the 1.15 level significantly, that could be very negative for the Euro, sending it down much lower. I suspect that we will probably go looking towards the 1.1850 level above quicker than that though, so I remain somewhat optimistic but also recognize that we have a lot of work to do before that move happens. Short-term trading is probably the easier route.